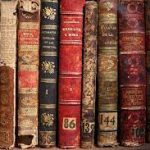 It is apparent our times are in need of St. John Henry Newman’s emphasis on persons, the personal nature of reality, life, and history. Anxieties abound over ‘systemic,’ ‘cultural,’ ‘economic’, and ‘historical’ forces, as if mankind were driven by impersonal semi-spirits rather than particular human choices. Thus, blanket accusations of various kinds are often levied without measured accounts of personal motive, intention, or meaning.

For example, many today are questioning the value of classic works of literature, and the classical heritage they represent, even accusing Western Civilization itself of racism.  Of what value is ancient antiquity, so far in the past, and riddled with mistakes and corruption? Rather than quickly dismiss or villainize the past, Newman asks us to approach the persons of the past with humility, gratitude, and docility. The heritage of classical antiquity, and of classic works of literature in particular, is a heritage of persons devoted to excellence of various kinds. When we study a classic work, we are at the feet of a master, whose excellent thoughts gave forth an excellent voice that has resounded across space and time, universal in its scope, depth, and influence. As in all places and times, our pursuit of excellence is marred by error and sin; but as God’s beloved creatures, and most especially by Christ’s grace, we are still able not only to overcome our sins by repentance, forgiveness, and reconciliation, but can also produce work of profundity, universality, and beauty.

Newman’s interest in classic literature spans his entire life, from his young years as an Oxford student, to his life as a Catholic priest and founder of the Catholic University in 1854, to the founding of the Oratory School, and to the very end of his life. His lecture “On Literature,” delivered to his Catholic University and collected at the end of Idea of a University, provides a compelling case for keeping the classics: classic works of literature are means by which we come in contact with the thoughts of past masters.

He begins by wondering what makes “Literature,” or “Letters,” distinct as an academic discipline. It can’t be just the study of books, since students in the sciences, history, and philosophy also use books. And it is not just about “composition,” or writing with “style,” as if it “were the result of a mere art or trick of words,” since authors in any discipline should use sound style, and beauty is naturally sought after in other arts and disciplines, and is not merely dispensable “prettiness.” Literature is primarily the manifestation of character. It is in the highest sense not an objective science that deals with “things,” but a subjective study of personal “thoughts,” like Blaise Pascal’s Pensées (literally in French, Thoughts), which are not only deep philosophical musings, but also stylistic revelations of Pascal’s personal character in his profound search for truth and wisdom. The study of Literature is not a mere study of words, but a study of the great thoughts of great persons crafted with eloquence. Reading literature is an intimate encounter with the person of the author.

This is rooted in the “inseparable” connection between “thought and speech,” a connection captured by the complexity of the Greek world Logos, which can mean both reason and speech. Accordingly, an author’s style is “a thinking out into language,” not mere words, but “thought expressed in language.” The words are not mere ornamentation or external trappings, but are integral to the meaning and thought of the author.

Therefore, it might be said that we should talk less about “Great Books” and more about “Great Authors”, or better yet, “Great Persons,” in the canon of Classic Literature. Newman explains that the greatest writers, in company with Homer, Virgil, Dante and Shakespeare, produce mature work because they do not aim at “diction for its own sake,” but being “inspired with their subject,” pour forth “beautiful words because they had beautiful thoughts.” Like Aristotle’s “magnanimous man,” the “lofty intellect” of the author pours forth in his voice the great “elocution of a great intellect.” In reading the great classic works, the reader is at the feet of a master whose “language expresses not only his great thoughts, but also his “great self” in a flourish of detail that the “narrow critic will call verbiage, when really it is a sort of fullness of heart.”

Fittingly, then, Newman sees the exchange between great author and reader as a great heart speaking to hearts (his famous motto is Cor ad cor loquitur). The reader is brought in contact with the “personal presence” of the author, in a manner unlike any other kind of writing or academic discourse. If reading a classic really is placing ourselves in the personal presence of an excellent master, we should be reluctant to dispense with it. In pursuit of excellence, we must place ourselves at the feet of those who have mastered excellence.

So, what is it that classical authors have mastered? Why are they worthwhile to listen to, to linger with? They have mastered the “two-fold Logos, the thought and the word,” brought together in the “faculty of Expression.” They have mastered the art of having something to say, and knowing how to say it. Throughout the ages, there are rare masterful geniuses of this art who have not only thought deeply of the deepest questions of human experience, but who then express that thought in a manner that “all feel, but all cannot say.” Through inquiring into the depths of human experience, of God, nature, others, and self, these great authors express their deep thought in a manner that becomes “a catholic and ecumenical character,” expressing what is “common to the whole race of man,” touching hearts in all places and all times with universal human thoughts and themes. Before these masters of such great achievement, the only proper response is the humility, gratitude, and docility of a learner, an auditor.

Newman’s conclusion to his essay is a beautiful flourish about the human bond brought about by reading the great masters of thought and speech:

If then the power of speech is a gift as great as any that can be named,–if the origin of language is by many philosophers even considered to be nothing short of divine,–if by means of words the secrets of the heart are brought to light, pain of soul is relieved, hidden grief is carried off, sympathy conveyed, counsel imparted, experience recorded, and wisdom perpetuated,–if by great authors the many are drawn up into unity, national character is fixed, a people speaks, the past and the future, the East and the West are brought into communication with each other,–if such men are, in a word, the spokesmen and prophets of the human family,–it will not answer to make light of Literature or to neglect its study; rather we may be sure that, in proportion as we master it in whatever language, and imbibe its spirit, we shall ourselves become on our own measure ministers of like benefits to others, be they many or few, be they in the obscurer or the more distinguished walks of life,–who are united to us by social ties, and are within the sphere of our personal influence.

Reading classic literature, in fact, puts us in the personal presence of great hearts and minds, teaching us to ponder the same great thoughts expressed in great words, so that we in our own measure may also master thought and speech to become sources of goodness, consolation, hope, wisdom, and charity to others. We read great authors to become great souls, great persons, great hearts. If this is not so, then why bother?