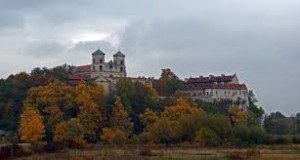 At the Catholic University of Ireland John Henry Newman founded a university gazette titled Atlantis. In the first issue, which appeared in January of 1858, he published the article “The Mission of St. Benedict.” In this article, which describes the idea and practice of monastic life, he looks at the monks’ toil and literary work. Newman compares the poetry exercised by monks with science, two different ways of apprehending reality.

He begins this piece by dividing the history of Catholic education into three periods: ancient, medieval and modern, which he correlated with three religious orders, the Benedictines, the Dominicans and the Jesuits respectively. He is quick to point out that other religious families have contributed to education, and that the division into three periods does not refer to an early youthful period that is superseded by reason, and later by experience:

“(The Church) has never wept over, or been angry with, time gone and over. Instead of passing from one stage of life to another, she has carried her youth and middle age along with her, on to her latest time. She has not changed possessions, but accumulated them, and has brought out of her treasure-house, according to the occasion, things new and old. She did not lose Benedict by finding Dominic; and she has still both Benedict and Dominic at home, though she has become the mother of Ignatius. Imagination, Science, Prudence, all are good, and she has them all. Things incompatible in nature, cöexist in her; her prose is poetical on the one hand, and philosophical on the other.”

St. Benedict, who lived in the sixth century, gave rise to Western Monachism with his Rule, and over the century it had offshoots in many religious orders. Eventually it replaced earlier rules brought from the East and in the ninth century was adopted throughout the dominions of Charlemagne.

St. Benedict’s Rule provided for the welcome of monks who were strangers. “If such a one came from any monastery with which the monks had existing relations, then he was not to be received without letters from his Abbot; but, in the instance of “a foreign monk from distant parts,” who wished to dwell with them as a guest, and was content with their ways, and conformed himself to them, and was not troublesome, “should he in the event wish to stay for good,” says St. Benedict, “let him not be refused; for there has been room to make trial of him, during the time that hospitality has been shown to him: nay, let him even be invited to stay, that others may gain a lesson from his example; for in every place we are servants of one Lord and soldiers of one King.””

This provision was important because it distinguished the monastic tradition from secular life and occupations. “Monachism was one and the same everywhere, because it was a reaction from that secular life, which has everywhere the same structure and the same characteristics.” Men sought escape from worldliness; “early monachism was flight from the world, and nothing else.” They sought a simple life through rudimentary employments that did not distract them from devotion to God.

Newman writes that they practiced mortification of the sense and of reason. They did not despise reason but they aspired to simplicity in the worship of God. “When the reason is cultivated, it at once begins to combine, to centralize, to look forward, to look back, to view things as a whole, whether for speculation or for action; it practises synthesis and analysis, it discovers, it invents.” Simplicity does not deal with premises and conclusions. They considered both sense and reason as divine gifts but put them aside as much as possible to focus on divine meditation.

The monks found unity in life their focus on prayer and their simple occupation. “Their object was rest and peace; their state was retirement; their occupation was some work that was simple, as opposed to intellectual, viz., prayer, fasting, meditation, study, transcription, manual labour, and other unexciting, soothing employments.” St. Maurus taught that monastic life “demands Summa Quies, the most perfect quietness.”

Newman will continue by examining the notion of poetry and how it corresponds better with the life of a monk than scientific pursuits in philosophy or theology.