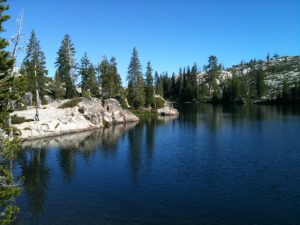 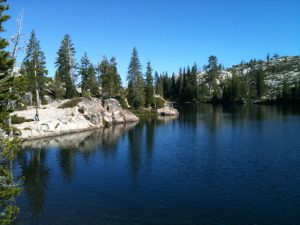 Blessed John Henry Newman’s poem, “Substance and Shadow,” takes several readings to understand. It is a difficult but lovely poem. The difficulty arises from the complex ideas he is trying to convey in the compact form of metered verse. But what Newman is trying to show, through the medium of poetry, is something he had considered at a young age, and which he would convey fully in his groundbreaking work, “The Grammar of Assent”; that is, how do we know? And can we believe things that we don’t understand?

In this poem, Newman says that the “pedants” or experts who think they know and understand the physical world because of what they have discovered, are depending on fantasy because one day something is proven “true” but the next day, disproven. The world of the senses is deceiving. Men, who believe that they are in control of the world simply because they can cause certain things to happen, are fooling themselves. This is pertinent for our modern times since, more and more, men are trying to conquer the natural world by means of science: with gene manipulation … three-parent embryos … the list goes on and on.

The world of the senses, and how men perceive the world, changes. Something might be “stirring,” or moving physically one moment, but “still” the next; what we see can change, or “come and go” … we cannot depend on the world of sense impression but must realize that we, along with the created world, are “creatures” – and “sons of Immortal seed” … with a high destiny!

Listen to the poem in its entirety, noting the smooth and rhythmic sound of the iambic pentameter line, but listen carefully when Newman “stirs” this unbroken meter, with a metrical substitution … in just the right spot, to add emphasis and meaning. The iamb is two syllables, unstressed then stressed, the trochee two syllables, stressed then unstressed.

THEY do but grope in learning’s pedant round,

Who on the fantasies of sense bestow

Before those shades of being which are found,

As if such shapes and moods, which come and go,

Had aught of Truth or Life in their poor show,

To sway or judge, and skill to sane or wound.

Know thy dread gift,—a creature, yet a cause:

Each mind is its own centre, and it draws

Home to itself, and moulds in its thought’s span

All outward things, the vassals of its will,

We must not put our faith in the things of the world, either “to sane” or “to wound,” that is, to heal us or to hurt us … we must remain unthwarted by the earth. “For the earth is the Lord’s and the fullness thereof,” as the Psalmist sang … and this earth is the “trial-ground” of mankind. We find healing only in God.  We are His creatures, but since we can cause things to happen, we think we are in control, that our own minds are the center. We believe our thoughts are the “vassals,” or servants of our own wills, without understanding these are all gifts from our Creator. The final metrical substitution in the last line of this well-crafted poem, gives metrical emphasis:  “Aided by Heaven;” An initial trochee takes the place of the iamb, in this important final line, and punctuates the lesson of the poem.

The poem’s title and first stanza express an important idea of Newman: that we live in the world of shadows, only dimly perceiving the substance. In fact Newman chose as his epitaph: “Ex umbris et imaginibus in veritatem'” (Out of shadows and symbols into truth). The material world is only a shadow of the spiritual world and its Creator. We cannot make an idol of the shadows. As St. John of the Cross wrote: “In search of my Love I will go over mountains and strands; I will gather no flowers, I will fear no wild beasts; And pass by the mighty and the frontier.” (A Spiritual Canticle of the Soul and Bridegroom).

How do we try to discern between the shade and the substance? Blessed John Henry Newman, aid us, while we grope through the shadows of this world.