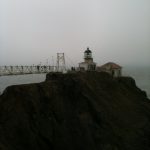 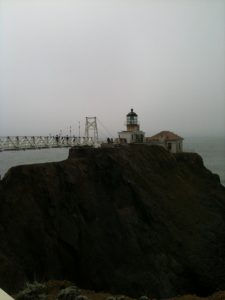 In the poem, “The Elements,” Blessed Newman encapsulates his thoughts and teaching  on the compatibility of faith, reason, and science. In so doing, Newman reminds us of the utter dependence of mankind on his Maker, no matter how advanced man becomes  in “taming” the elements. Throughout all his writings, Newman was consistent in his teaching about the relationship between faith and reason, and then science. The importance of this integration was especially pressing in Newman’s Victorian context. Fr. Juan Vélez gives an invaluable overview and explanation of Newman’s thought regarding “Faith, Reason, and Science” in Chapter 14 of his latest book, Holiness in a Secular Age. As Fr. Juan explains, Newman’s criticism is not of reason in itself, but in placing reason above other “habits of mind.”

In the first seven lines of this fascinating poem, Newman acknowledges mankind’s ability to harness and control certain aspects of the created world:

MAN is permitted much

To scan and learn

Till he well-nigh can tame

Brute mischiefs and can touch

All warring ills to purposes of good.

In these lines, Newman immediately emphasizes what the poem will teach: that man is permitted to make use of “brute” mischiefs, or in other words, the unreasoning or purely material forces of nature –  permitted meaning: allowed by God. The phrase “warring ills” could mean all types of otherwise antagonistic aspects of nature which can be harnessed by mankind, like the wind for sailing ships, etc … and in today’s world, this mastering of the brute elements could extend to air flight, plumbing the depths of the ocean, placing a man on the moon, or manipulating the invisible world of genes. In the next five lines, Newman says that in some ways, this makes man like a “god”:

Thus, as a god below,

And harmonize, what seems amiss to flow

As sever’d from the whole

However, Newman warns, as a “god” below, man is given the illusion of control, but in reality man is in danger of not understanding his place within the created universe, since his perception is from his human capacity. This seeming power over nature can be deceiving, for men see “through a glass, darkly.” In the next 12 lines, Newman reminds us where the elements of nature have their origin and then expounds the power of God, sounding very much like the voice speaking from the whirlwind in Job:

But o’er the elements

One Hand has sway.

What influence day by day

Or who has eye to trace

How the Plague came?

Forerun the doublings of the Tempest’s race?

Or the Air’s weight and flame

On a set scale explore?

Indeed, who does control all these elements? Mankind? No, of course not.  Newman answers in the final lines:

That man, when fully skill’d,

That so he may discern

And e’en for earth’s success

To him in wisdom turn,

Who holds for us the keys of either home,

Earth and the world to come.

The power of reason should bring mankind to the understanding that he is, in fact, “feeble” and should not place his faith in his own abilities and intellect. True wisdom is found in the acknowledgment of this weakness, and the proper attitude is humility.

God’s wisdom surpasses all human attempts at knowledge, and our advances, whether scientific or in other areas of learning, should be an aid to understanding our own shortcomings to help us recognize  that all we have is from God, given to us through grace, and this does not come through our own abilities alone to reason. For Newman, Christianity does not hamper research or restrict progress. On the contrary, rightly understood, the more we understand the complexity of the universe all around, the more we should bow down and worship Him, “qui fecit caelum et terram.”