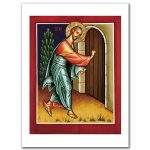 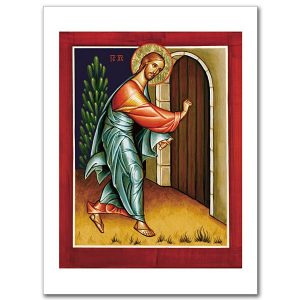 This third meditation from Cardinal Newman on grace is hardly soft.  His words run like a cold glass of water down the throat.  He begins:

WHEN our Lord rejected His own countrymen, the Jews, who had rejected Him, He chose other nations instead of them… He had warned the Jews of this, before their time of grace was over. “I say unto you,” He said, “that the kingdom of God shall be taken from you, and shall be given to a nation bringing forth the fruits thereof” (Matt. xxi. 43)

And if God cast off His own people, the Jews, so, much more, will He cast off any other people who cast off Him. Hence the same St. Paul says, “If some of the branches (Rom. xi. 17-21) (that is, the Jews) be broken (off), and thou (that is, a man of some other nation) art ingrafted in them (instead), and art made partaker of the root and of the fatness of the olive tree; boast not … Because of unbelief they were broken off; but thou standest by faith; be not high-minded, but fear. For, if God hath not spared the natural branches, fear lest He spare not thee.”

At this Newman’s meditation takes a personal turn.  Immediately he remembers the spiritual heritage of his own country, and moved with pity and regret at her waywardness, writes:

This misery has happened to this country, to our own England; God chose it and blessed it for near a thousand years; it rebelled, lost faith, and He cast it off out of His Church.

As Americans we share his concern for our own country, having also neglected the grace it received at its founding. Newman ends by praying for mercy on his homeland:

“…it was by Thy unmerited grace, we acknowledge it, O Lord, that this country of ours was so many centuries ago brought into the true fold, and gifted with the knowledge of Thy Truth and the grace of Thy Sacraments. Alas! how things have changed since then! The people was small then and of little account; now it stands highest among the nations of the earth. Then it was obscure and poor—now it has amazing wealth and pre-eminent power; but then it was great in Thy sight, and now on the contrary it is little, for it has lost Thee. O my God, what doth it profit, though we gain the whole world and lose our own souls?…O, look not upon our haughtiness and pride; look not upon our contempt of truths invisible; look not upon our impurity; but look upon Thy own merits; look upon the wounds in Thy hands; look upon Thy past mercies towards us; and, in spite of our wilfulness, subdue our hearts to Thee, O Saviour of men, and renew Thy work in the midst of the years, in the amidst of the years re-establish Thou it.

“Subdue our hearts” he prays, because it is in the nature of grace to overwhelm.  We need only crack open the door to let our Lord’s love come bounding through.  We pray with Newman, subdue our hearts Lord, and the hearts of our neighbors and countrymen, that we would return and abide in you.