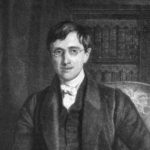 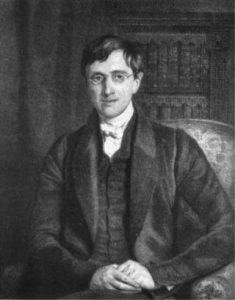 “The Patient Church” is one of several poems written by Blessed John Henry Newman which is both didactic and autobiographical. The lesson in this poem is helpful for us today, since it sometimes seems as though church leaders make accommodation to the world instead of persisting in the so-called “hard teachings” of the faith. But the poem ends with a message of hope which we would do well to consider, lest we grow distraught hearing the latest disturbing events in the news.

Newman begins this poem with the admonition to “BIDE thou thy time!” – speaking not only to the beleaguered Anglican Church which seemed to be faltering, giving in to the tides of the time; but perhaps also to himself, in a time of turmoil in his own heart, as he was on his Mediterranean voyage where he not only became severely ill, but also struggled with his convictions regarding the problems he discerned in the Anglican Church.

This intriguing poem contains a reference to the famous Old Testament cities of Bethel and Dan, where King Jeroboam built golden calves – idols for his people to worship in the place of the One True God. This sin of Jeroboam fascinated Newman because, later, he wrote a sermon entitled “Jeroboam.” Newman contrasts this king with the “patient” Shepherd, the Child Jesus, whose divinity, “his heaven-told fate” was for a time, cloaked, but who, in the right time, would “loose the chains” of sin.

BIDE thou thy time!

Watch with meek eyes the race of pride and crime,

Sit in the gate, and be the heathen’s jest,

O thou, to whom is pledged a victor’s sway,

Bide thou the victor’s day!

Think on the sin

Foul history-marks at Bethel and at Dan;

No blessing, but a ban;

Whilst the wise Shepherd hid his heaven-told fate,

Nor reck’d a tyrant’s hate.

Such loss is gain;

Wait the bright Advent that shall loose thy chain!

When thrones are trembling, and earth’s fat ones quail,

“Jeroboam’s sins, in regard to religious worship, were not single, or inconsistent with one another, but depended on this principle—that there is no need to attend to the positive laws and the outward forms and ceremonies of religion, so that we attend to the substance. In setting up these figures of gold, it was far from his intention to oppose the worship of the One True God, the Maker of Heaven and Earth, the Saviour of Israel. The words he used on the occasion, and  the course of the history, show this. He thought he was only altering the discipline of the Church, as we should now call it, and he might plausibly ask, ‘What did that matter?’ as he was but putting another emblem of God in the place of the Cherubim. He made merely such alterations as change of circumstances and the course of events rendered indispensable. He was in difficulties, and had to consider, not what was best, or what he himself should choose, had he to choose, but what was practicable.”

How contemporary this sounds! It could be written about the Church today! And so Newman’s admonition to bide our time, echoes through the centuries.

This compelling poem ends on an optimistic note: that is, if we realize that much of what we must endure on earth, whatever loss we might have, this loss is gain, considered in the light of eternity, for, as Newman exults in the last stanza of this poem, “E’en now the shadows break, and gleams divine/ Edge the dim distant line.” In other words, we can look ahead and discern, even in the distance of the future, that God will be victorious … and earthly kings will “quail” or falter, and their thrones tremble. We, the true seed, will prevail, and must not dwell on disturbing news and give up. But – are we willing to hope in Christ and not despair?