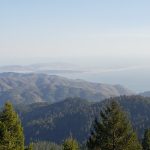 In today’s world, there are many types of media platforms. Internet news, newspapers, magazines bring us news and opinions. In this world of news and social media, Christians with a good knowledge of the faith, history, and literature can do a great deal of good. St. John Henry Newman encouraged his friends to write for publications and to maintain the right tone in controversial matters. The story of the Rambler Magazine is a good example of this.

Newman had been a writer from a young age and had edited different publications. He knew that ideas influence people’s way of thinking and acting. At the university in Ireland he had started and edited a university newspaper and together with a professor of chemistry, the Atlantis, a university journal on both literary and scientific topics.

Many of Newman’s friends were converts to the Catholic faith from the Anglican Church. They were intellectuals with knowledge and opinions about history, religion, and politics.

When Newman left the university, he became involved with the Rambler, a periodical, started by one such friend.  Newman wrote verses that were published and served as an unofficial advisor on theological questions for the publication. He advised the editor to avoid controversy with the competing publication, the Dublin Review, under the aegis of Cardinal Wiseman, the Archbishop of Westminster.

Soon after, the Rambler changed hands and the new owners and editor came into collision with Church authorities. Lord Acton, an influential Catholic with liberal ideas, was part owner and Richard Simpson, a married man and convert, was the editor. These men were good Catholics and accepted authority in the Church but they did not hesitate to criticize scandals which in those times English Catholics did not hear about. Both men favored the liberal attitude towards the then burning question about the Pope’s Temporal Power. Cardinal Wiseman and other Catholics in London such as Fr. Faber thought strongly that papal sovereignty was necessary.  Newman did not think it was necessary but thought the question was a complicated one and did not just side with the liberals.

Newman was not afraid to say what he thought after studying some matter, and he considered that laymen had a right to express their views, for example on the government’s policies on education. At the same he advised Acton to keep theology out of the Rambler, and stick to literary subjects which had been the original intent of the periodical. He thought that theology subjects could not be treated well in magazine articles. He also felt the tone of the articles should be respectful, especially with regards to the bishops.

In that state of affairs, Simpson, the new editor, made things worse by attacking the educational policy of the bishops. It appeared that the magazine was going to be censured by the bishops and it would lose its readers. Newman did not wish to be the editor but in the end he took up the editorship to save the magazine. He thought it was important for Catholics to express their ideas in cultural, literary and educational matters.

Newman was editor for only three months because of a storm over an article he wrote. His bishop asked him to resign and he promptly obeyed. The bishop was right that things may be said in books that are not safely said in periodicals. But it was a blow for Newman who in the words of Meriol Trevor, a biographer of Newman, who wrote: “All his ventures were undertaken to assist the formation of a truly Catholic mind – the University, the School, the Magazine itself were all part of his campaign; so was the Oratory, since it was meant to mediate to the people an understanding in the practice of their faith” (Newman, Light in Winter, p. 201).

I would venture to say that if Newman were alive today he would certainly write other books, but also articles, and occasionally post shorter pieces on the web, and encourage educated Christians to do likewise, and when engaging in controversy to do so in a respectful way.

Furthermore, on a related note, Newman would encourage others to stay informed in order to separate the wheat from the chaff when choosing which things to read online. Although it is easy to waste time with the Internet, when used prudently, there is fertile ground for sowing the faith. Even if one is not a writer, a judicious posting of articles on Facebook or sharing educational posts like the ones on this blog with friends can go a long way towards leading others closer to Our Lord.