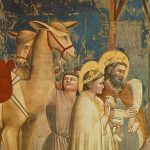 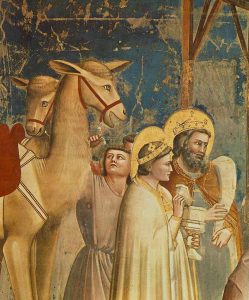 The Season of Epiphany, PPS, Vol 7

Have you ever heard of Epiphanytide? If you haven’t, you are not alone. This beautiful season was recognized for centuries and still is by Catholics who participate in the Extraordinary Form of the Roman Rite as well as those within the Anglican Ordinariate.  This joyful season deserves our awareness. During the lifetime of St. John Henry Newman and until recently, Epiphanytide was considered part of the “Christmas Cycle” which began at the end of November and extended through the end of January. Within this Christmas cycle fell three distinct seasons:  Advent, which we still celebrate; Christmastide, or the 12 Days of Christmas ending on January 6, the Feast of the Epiphany. Epiphany means “manifestation” or “showing forth,” that is, “making known.” Epiphany is the first time Christ made Himself known to the world, emphasized by the visit of the Magi to Bethlehem to adore the newborn King. Epiphany begins the final and third portion of the Christmas Cycle, called “Epiphanytide.” The Feast of the Epiphany and Epiphanytide are a radiant time of the liturgical year, and Newman clearly teaches at the beginning of this sermon why this season is special. He writes:

“THE Epiphany is a season especially set apart for adoring the glory of Christ. The word may be taken to mean the manifestation of His glory, and leads us to the contemplation of Him as a King upon His throne in the midst of His court, with His servants around Him, and His guards in attendance. At Christmas we commemorate His grace; and in Lent His temptation; and on Good Friday His sufferings and death; and on Easter Day His victory; and on Holy Thursday His return to the Father; and in Advent we anticipate His second coming. And in all of these seasons He does something, or suffers something: but in the Epiphany and the weeks after it, we celebrate Him, not as on His field of battle, or in His solitary retreat, but as . . .  [a] glorious King; we view Him as the Object of our worship. Then only, during His whole earthly history . . . . [was He] declared to be the Son of God Most High, the Father of Ages, and the Prince of Peace, by His star; a wonderful appearance which had guided the wise men all the way from the East, even unto Bethlehem.”

After this insightful explanation of Christ as infant king upon the throne of His Mother’s arms, St. John Henry then instructs how the Church should properly acknowledge and celebrate the Sundays in this season of Epiphany.

“There is no thought of war, or of strife, or of suffering, or of triumph, or of vengeance connected with the Epiphany, but of . . . majesty, of power, of prosperity, of splendour, of serenity, of [kindness]. Now, if at any time, it is fit to say, ‘The Lord is in His holy temple, let all the earth keep silence before Him’. . . .  ‘O come, let us worship, and fall down, and kneel before the Lord our Maker’ . . . . [and] ‘O worship the Lord in the beauty of holiness; bring presents, and come into His courts.’”

This thoughtful consideration of the time after the feast of Epiphany should be contemplated and prayerfully considered, for the time of Lent will come soon enough.  Epiphany Season is a happy time for us to keep the bright lights about our homes, to remember the miraculous birth and the guiding star.

Newman invites us to draw strength for trials and battles to come. We should take his conclusion to heart: “ . . . let us thankfully cherish all seasons of peace and joy which are vouchsafed us here below . . . Trial is our portion here . . . . Still God mercifully does grant a respite now and then. . . . When then Christ gives us what is pleasant, let us take it as a refreshment by the way, that we may, when God calls, go in the strength of that . . . [into the] forty days and forty nights. . . . Let us rejoice in Epiphany with trembling, that at Septuagesima we may go into the vineyard with the labourers with cheerfulness. . . .”

How can we better celebrate this season of Epiphanytide? Do you hurry to put away all the Christmas decorations and reminders of Christ’s birth as soon as possible, like the secular world does? Do you rush to box up the  crèche and store away all the lights from the mantle until next year? Perhaps this year, instead, take down the wilting greenery but keep up as many lights and candles as possible. In this way, all can be reminded that Christ is the light of this world! We should marvel at the Child who is King, and praise the Father in the Holy Spirit. Let us slow down and enjoy this season of cheerfulness and worship, gazing upon the Christ Child in His humble splendor. Come let us adore Him!