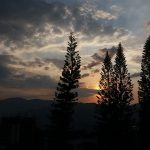 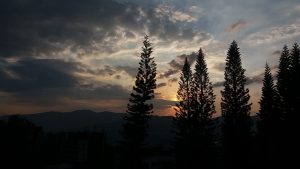 Time. How do you think about time? Does your time drag by, or does it fly? Do you live one day at a time, or do you worry about the things of tomorrow? Do you seize the day? Or do you fritter your day away? Each person thinks of time differently. But how we think about time greatly influences how we live our lives. Blessed John Henry Newman, living in the 19th century, knew only too well how fragile time on earth can be, for he lost his beloved sister Mary unexpectedly when she was only 19 years old. Her death at such a young age would affect him throughout his life. The poem, “The Trance of Time,” however, was written the year before she died. This fact lends poignancy to his thoughtful verses.

Newman begins the poem with a famous verse from Virgil’s Georgics. The verse, loosely translated, means “Happy is he who understands the cause of things, who tramples beneath his feet all fear and fate and worry of the afterlife!” Virgil’s understanding of how one should conceive of time and worry comes from a pre-Chrisitian, Stoic viewpoint. It’s not contrary to Christian thought, but lacks “the substance of things hoped for, the evidence of things not seen” that is, Christian hope. And this Christian hope is what Newman will supply in his poetic meditation on time.

In the first three stanzas following the quote from Virgil, Newman recounts how happily he spent the four different seasons of the year when he was a child. There was something in each season which claimed his love because, as a child,  he wasn’t yet aware of the fleetingness of time. Each happy season seemed to promise the “constancy of good.” Spring was like heaven, the summer flowers seemed never to fade, autumn didn’t hasten away, and all the four seemed happily to dance away the year.

In childhood, when with eager eyes

All garb’d in fairy guise,

Bade me gaze on, and did not fade;

Heard my strong wish, and stay’d.

They came and went, the short-lived four;

Yet, as their varying dance they wove,

To my young heart each bore

Its own sure claim of love.

This young child’s view of time would change, however, as Newman grew older; time seemed to start speeding away, so fast that no longer did the seasons seem distinct, but instead they blurred together:

And its fair tints appear

All blent in one dusk hue.

Why dwell on rich autumnal lights,

But then Newman reminds himself that we mortals have no control over the fleeting nature of life, and  he gives his own heart some advice: be not afraid. For neither storms nor terror nor even joy should prevent the most important duty we have on earth: to hear the voice of God.

Then what this world to thee, my heart?

Its gifts nor feed thee nor can bless.

Thou hast no owner’s part

In all its fleetingness.

The flame, the storm, the quaking ground,

Thou must but hear the sound

Of the still voice divine.

The final stanza ends with a joyful promise:

E’en while by sense of change opprest,

In other words: do not live these days on earth in fear, no matter your state of life. Even with all the life changes that might seem oppressive, there will be a time in heaven of infinite and fearless rest. Thus Newman’s last verse is his own translation of Virgil’s lines from the beginning of the poem, yet with a promise of Heaven instead of Virgil’s advice to deal with the passing of time by placing aside fear for the lower world across the Acheron.

Time. Let us not live life fretting and worrying, or in haste to get to the weekend.  Do you remember to thank Our Lord for each moment of life He has granted to you, to live it for His Greater Glory? We must in our own seeming blur of days and weeks and months and years remember to pause, and listen, for “the still voice divine.”