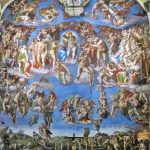 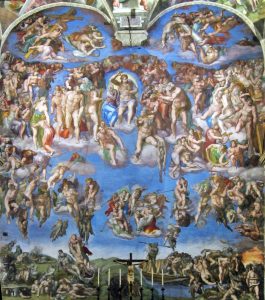 Many children and youth have been wounded by the sinful and criminal acts of clergy. Recent news about the sexual acts with seminarians by Archbishop Theodore McCarrick, allegations of the abuse of children in various dioceses in Pennsylvania, and claims of sexual harassment at St. John’s seminary in Boston, and in other countries is very disturbing and demoralizing.

Those who have been hurt deserve justice, and our support and prayer. Some have found healing through the love of others, through prayer and professional counseling, but many remain deeply wounded and estranged from the Church. Acknowledgment of harm done to them and reparation are important steps in their healing and necessary for justice.

Those who have committed this abuse and covered it up are guilty of serious offenses. Jesus’ words about those who offend children are very strong and need to be heard: “… whoever causes one of these little ones who believe in me to sin, it would be better for him to have a great millstone fastened round his neck and to be drowned in the depth of the sea.” (Mt 18:6).

Archbishop Carlo Maria Viganò, former papal nuncio to the US (2011-2016), has made serious allegations regarding the promotion of McCarrick to the See of Washington, and the later lifting of sanctions imposed on him by then Pope Benedict XVI. Following these allegations, Bishop Thomas Paprocki of Springfield, Illinois, has rightly asked the Holy See to make public the record which will indicate who knew about Archbishop McCarrick’s past crimes and covered them up.

There has been a serious erosion of trust in the Catholic Church. In the year 2002 the news of sexual abuse of minors by clergy caused mistrust in the clergy. Although the failure of bishops was criticized, the focus was payment to the victims and protection against future abuse. But the recent revelation (2018), of the promotion of McCarrick as Archbishop of Washington in 2001 and subsequent elevation to cardinal of the Catholic Church has understandably shocked the faithful. The shepherds of the Church have failed to protect the flock, and in some or many cases abused the flock, just as prophesied by Ezekiel: “Behold, I am against the shepherds; and I will require my sheep at their hand, and put a stop to their feeding the sheep; no longer shall the shepherds feed themselves. I will rescue my sheep from their mouths, that they may not be food for them” (Ezek 34:10).

For justice to be served, and to restore the trust of the faithful and society, the truth must be told about sexual abuse by clergy. What are the causes for such abuse? Why have bishops systematically protected wrongdoers, and how have they managed to do this?

Jesus taught: “If you continue in my word, you are truly my disciples, and you will know the truth, and the truth will make you free.” (Jn 8:31-32). Unless the truth about these actions is known, the same abuses will be committed and go unpunished. Without the truth, the lost trust in the Church and its shepherds will not be regained.

Many lies are also coming into broad daylight. The following are two that are particularly striking.

The first lie is that clerical sexual abuse has nothing to do with homosexuality. On the contrary acts of sexual abuse have been committed primarily by men and on male children or youth. The John Jay College of Criminal Justice’s 2004 report indicates that 81% of the victims were male, and 78% were 11 years of age or older. Between male homosexual behavior and abuse of children of any age there is a close relationship. This does not mean most homosexuals indulge in such abusive activities, but that abuse of children and youth is predominantly of a homosexual nature. This is corroborated by that fact that the gay movement accepts so-called man/boy love, and the National Association of Man/Boy Love (NAMBLA) was accepted in 1985 as a member of the International Gay and Lesbian Association. The above, however, does not refer to persons with same-sex attraction who are striving to live chaste lives.

The rejection of the Church’s moral teaching on sexuality and chastity in many seminaries, and the promotion by bishops of homosexual candidates to the priesthood, and on same-sex marriage, has further eroded the Church’s teachings, and facilitated an environment of moral decay among the clergy, which has resulted in widespread abuse of children and youth, and the practice of homosexual behavior among clergy.

The second lie is the systematic cover-up by many bishops of those guilty of these abuses: that there is a structure that promotes the election of gay-friendly bishops, who in turn protect one another and promote their friends to the episcopal office, perpetuating their power.

Often, the history of clergy abusers reveals that the priest himself was abused – sometimes by a priest. The abuse may have occurred when the priest was a child, but not necessarily. Sexual activity between an older priest and an adult seminarian or young priest sets up a pattern of institutional secrecy. When one of the parties rises to a position of power, his friends are in line also for recommendations and advancement. The dynamic is not limited to homosexual liaisons.[1]

Fr. Timothy V. Vaverek denounces this pastoral abuse of power by the Church’s shepherds: “It must be recognized, then, that diocesan or Vatican bishops who repeatedly fail to vindicate victims exposed to various forms of clerical abuse demonstrate a level of corruption or dysfunction that itself constitutes an abuse of power. These failures are much more than mistakes. Such behavior has become second nature to these bishops in the administrative exercise of their office.”

We must have the courage to get to the truth and to speak the truth about sexual morality and immorality. In a series of lectures in 1852, Blessed Newman once referred to the sexual offenses of an ex-Dominican priest, Giacinto Achilli, who had been sentenced by the Roman Inquisition for sexual immorality. As a convert to Protestantism, Achilli was lecturing in England with the purpose of attacking the Catholic Church. Although what John Henry Newman said about Achilli was true Newman was sued for libel. He lost in court but won a moral victory among Catholics by suffering for the truth.

When Catholics seek the truth, and boldly defend it, trust in the Catholic Church and its bishops and priests will be restored. But the truth must be told clearly, in faithfulness to Christ.

In our next blog post we will examine the prophetic role of the lay faithful in this matter of great importance.

[1] Quoted by Paul A. Rahe in “American Catholicism: A Call to Arms.” The quote continues: “Priests and bishops who know about each other’s sexual affairs with women, too, are bound together by draconian links of sacred silence. A system of blackmail reaches into the highest corridors of the American hierarchy and the Vatican and thrives because of this network of sexual knowledge and relationships.”
https://ricochet.com/archives/american-catholicism-a-call-to-arms/