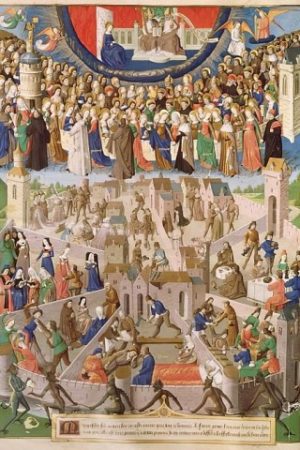 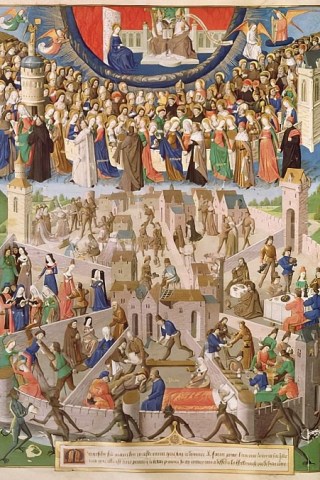 St. John Henry Newman mentioned in a December 1832 letter to his sister, Harriet, that this poem, “The Watchman,” was a “sort of ecclesiastical carol.” At first reading, it doesn’t seem to be a carol at all, but rather a complex poem. However, after the reader realizes that the last line of each stanza is basically the same with only slight adjustments, a kind of refrain, then the poem’s meaning becomes more straightforward. This refrain is the key to the whole poem, that is, human weakness and failing cannot thwart God’s perfect plan for mankind.

In the first stanza, we are reminded that there will always be a remnant few who keep the faith, even though the forces of evil are fierce. The watchman’s role is to continue to proclaim and hold onto the truth. In each subsequent stanza, episodes from the Old Testament are recalled where human weakness did not prevent God’s plan.

And so in the second stanza, Ammon and Tyre, enemy nations of Israel, are referenced, leading into the third stanza, which reminds us of several characters and their misdeeds found in the book of Samuel. There is Eli, a priest of Israel, and his “feebleness” was that he did not stop his two wicked sons, which caused Israel to lose a battle to the Philistines. And there is Saul, who was known to be violent when angry, and Ahithophel, who gave counsel to Absalom when he wished to seize the throne from David, his father (Ahithophel’s spite). Mt. Gerizim is a place from where prophets speak and Gath is the home of Goliath, slain by David. The refrain reminds that man’s weakness is forever God’s might.

The fourth stanza relates the story of Moses who came down from Mt. Sinai to find the Israelites worshipping the molten calf. Also in this stanza is the reference to the contest Elijah stages between Yahweh and Baal on Mt. Carmel when, of course, Yahweh is proven to be mightiest. (1 Kings 18). We, therefore, are called in 1 Corinthians 6:13 to “Be on the alert, stand firm in the faith . . . and to be strong.”  The chosen few are powerful,  for “Scantness is still Heaven’s might” as the final refrain proclaims.

Here is the poem read in its entirety, so that the repeated last line may be heard as a refrain. Note: Newman liked to use archaic words in his verse. The word “aye” here means “forever.”

The Watchman (A Song.)

FAINT not, and fret not, for threaten’d woe.

And prayers from Gerizim, and curses from Gath-

Quail not, and quake not, thou Warder bold.

Be there no friend in sight;

Turn thee to question the days of old.

Moses was one, but he stay’d the sin

Of the host, in the Presence bright;

And Elias scorn’d the Carmel din.

Time’s years are many. Eternity one.

And one is the Infinite;

The chosen are few, few the deeds well done.

In this time of Advent, we should be watchmen of the kind who gaze toward heaven, waiting for Our Lord, with the sure knowledge that this Christ who comes to us was also slain, but His death was overcome by Heaven’s might.