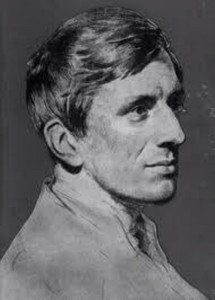 In one of his Parochial and Plain Sermons for Advent John Henry Newman speaks on the need for sincerity in one’s religious professions as well as the need to avoid idle professions.

He reminds us his listeners of the weight words have: “To make professions is to play with edged tools, unless we attend to what we are saying. Words have a meaning, whether we mean that meaning or not; and they are imputed to us in their real meaning, when our not meaning it is our own fault. He who takes God’s Name in vain, is not counted guiltless because he means {34} nothing by it,—he cannot frame a language for himself; and they who make professions, of whatever kind, are heard in the sense of those professions, and are not excused because they themselves attach no sense to them. “By thy words thou shalt be justified, and by thy words thou shalt be condemned.” [Matt. xii. 37.]”

Newman gives examples of how people speak in “unreal” ways about religious matters, moral subjects and politics, often without sufficient knowledge or use of common sense. Sometimes with good intentions they make a profession of condolence for someone’s loss, but without being able to enter into the person’s loss. There is a danger of speaking thus as well as in giving uncalled for opinions about all types of subjects.

“Such are some of the more common or more extended specimens of profession without action, or of speaking without really seeing and feeling. In instancing which, let it be observed, I do not mean to say that such profession, as has been described, is always culpable and wrong; indeed I have implied the contrary throughout. It is often a misfortune. It takes a long time really to feel and understand things as they are; we learn to do so only gradually. Profession beyond our feelings is only a fault when we might help it;—when either we speak when we need not speak, or do not feel when we might have felt. Hard insensible hearts, ready and thoughtless talkers, these are they whose unreality, as I have termed it, is a sin; it is the sin of every one of us, in proportion as our hearts are cold, or our tongues excessive.”

He brings across his point towards the end describing how and when one should speak about religion, prudently and supernaturally:

“What I have been saying comes to this:—be in earnest, and you will speak of religion where, and when, and how you should; aim at things, and your words will be right without aiming. There are ten thousand ways of looking at this world, but only one right way. The man of pleasure has his way, the man of gain his, and the man of intellect his. Poor men and rich men, governors and governed, prosperous and discontented, learned and unlearned, each has his own way of looking at the things which come before him, and each has a wrong way. There is but one right way; it is the way in which God looks at the world. Aim at looking at it in God’s way. Aim at seeing things as God sees them. Aim at forming judgments about persons, events, ranks, fortunes, changes, objects, such as God forms. Aim at looking at this life as God looks at it. Aim at looking at the life to come, and the world unseen, as God does. Aim at “seeing the King in his beauty.” All things that we see are but shadows to us and delusions, unless we enter into what they really mean.”

Newman concludes that there are many religious truths that aside from teaching should not be said. Instead, they should be believed and lived out:

“Let us avoid talking, of whatever kind; whether mere empty talking, or censorious talking, or idle profession, or descanting upon Gospel doctrines, or the affectation of philosophy, or the pretence of eloquence. Let us guard against frivolity, love of display, love of being talked about, love of singularity, love of seeming original. Let us aim at meaning what we say, and saying what we mean; let us aim at knowing when we understand a truth, and when we do not. When we do not, let us take it on faith, and let us profess to do so. Let us receive the truth in reverence, and pray God to give us a good will, and divine light, and spiritual strength, that it may bear fruit within us.”