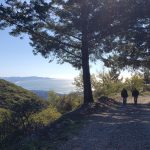 Gazing through his window, on a cold and stormy winter’s night in Oxfordshire, St John Henry Newman, perhaps, recalled that he had once used the phrase to ‘break the ice’ to describe being unsure of how to start a spiritual conversation like the one the synodal process we are engaged with calls us to.  Newman waited with a combination of nervous excitement and anxiety, for Blessed Dominic Barberi to tap on his door at Littlemore, and bring him into the “one true fold of the Redeemer”.   We can imagine that the sight of his rain-soaked visitor, who had travelled from Staffordshire in the Midlands, on top of a coach to save money, made them both fall about and thaw with laughter!  Alfred Wilson, in his biography of Dominic, records the “atrocious pun” that he made to curb Newman’s desire to jump in with his request to be received into the church: “Let us wait a little more and a little more will be done for the glory of God”!  As the diminutive, Italian, Passionist order priest headed straight for the fire!

Both men shared a strong Marian devotion.  Newman, in his university preaching, highlighted Mary’s role as the pattern for our faith, because she teaches us to ‘ponder in our hearts’ the truths of the Gospel.  Before he arranged to see Barberi, he had just completed An Essay on the Development of Christian Doctrine and was eager to share his insights into the historical significance of Mary’s message, which his book outlines. Newman and Barberi were well aware of the rich understanding of the bible’s idea of ‘a listening heart’.  This refers to the centre of a person’s emotions, desires, will and the moral decision-making capacity we call ‘our conscience’ – where we meet God.  Although John Henry says that Dominic did not know of his intentions, he describes him as a “holy man with remarkable powers” and having a sharp, perceptive mind.  Before the historic encounter between them, they had prepared for it with many hours of prayer – not least Blessed Dominic during his travels!

After putting Newman at his ease, and gently inviting him to reveal his spiritual auto- biography and make his confession, Barberi realised that they each needed time to ponder upon all that had been spoken between them. He sensitively suggested that they rest and reconvene afresh in the morning – because he recognised Newman would be tired after such deep sharing. Chatting over breakfast (which John Henry always enjoyed doing) and beyond, they continued their Emmaus road of carefully listening to each other, accompanied by Jesus, walking by their side.  As they talked, the Lord was at work in their hearts, revealing his presence to them. Newman may also have mentioned his Parochial and Plain Sermon entitled Remembrance of Past Mercies, which covers this theme.

Reflecting on their dialogue involving communion and participation, Newman and Barberi discovered themselves influencing each other as fellow missionary disciples, being strengthened to be more radiant leaders of faith, hope and love.  They were energised to serve their respective present and future communities, by the grace they received from the liturgy and worship of the sacraments of reconciliation and the sacrifice of the mass – celebrated on Newman’s writing table, on 9th October, 1845.

Throughout the following months, St John Henry’s and Blessed Dominic’s discussions continued – as they unpacked their respective ‘suitcases’ containing the precious garments, woven out of the ideas that their exchanges had inspired, for use on their on-going journey together.  They gradually came to recognise that Newman’s vocation was to form a congregation, beginning from a base in Old Oscott (Maryvale) in “Brummagem”.  This realisation emerged out of a combination of what John Henry called, whenever they got together, “a good gossip”, coupled with the sublime knowledge that, as enthusiastic new converts, he and his confreres were according to Dominic, echoing St Paul, still “babes in Christ”.  Newman and Barberi also needed moments of challenging dialogue.  Given, for example, his unhappiness that Barberi had written what Newman considered to be premature, an article for The Tablet which announced that he and his friends had become Catholics.  These events fulfilled Newman’s and Barberi’s dreams at the same time.  However, they both understood what Newman later terms as the ‘definite service’ that everyone performs for God who calls us as individuals.  This means that each person’s sense of priority may differ so the meeting of minds, in Christ’s name, requires patient listening.

Newman, guiding a correspondent through their own struggles to discern God’s will, uses the popular analogy of God seeing the completed tapestry of our life experiences, while we often focus on the loose ends that it is formed by.  That reality gave St John Henry and Blessed Dominic the confidence that grace perfects any human limitations.  Their relationship, as we walk as a world-wide Church, the synodal pathway, illustrates for us that all authentic spiritual conversations involve elements of: compassionate candour, humour and humility, the clarifying and refining of assumptions, a willingness to reshape our views accordingly, and fundamentally the desire to have a listening heart, opened by prayer to the Holy Spirit. 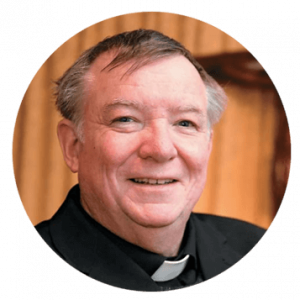