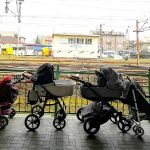 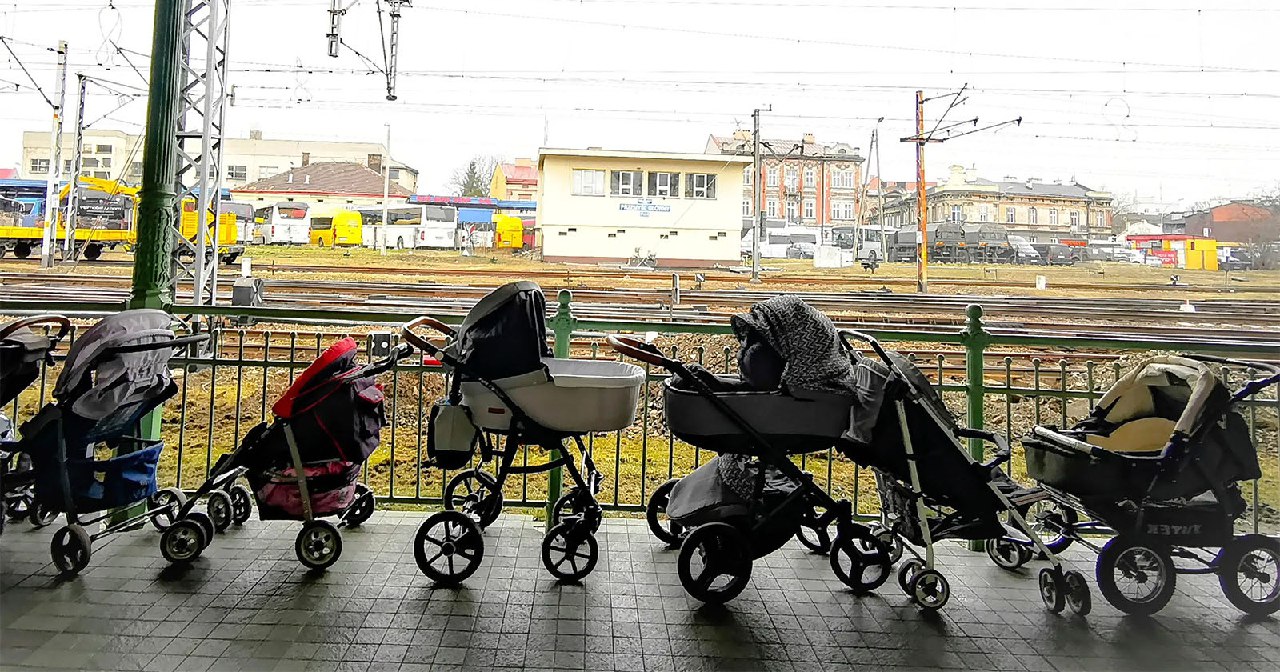 (Photo by Francisco Malavolta of strollers left by Polish women for women arriving with their babies in trains from Ukraine).

War is a great tragedy. It brings with it death, illness and destruction of civil and religious life of countries, of families and institutions, with lasting religious, psychological and physical wounds and all types of impoverishment. It is the end result of many personal sins and injustices. As we hear of wars, and see images of its devastation in Ukraine, we feel sadness, anger and helplessness. What does this all mean? And can we do anything about this?

From 1853 to 1856, the Crimean War raged between Russia under Nicholas I and the Ottoman Empire with the support of France and Britain. Newman wrote to a friend that the British should have thought twice if the cause of the war was just and war unavoidable. He noted that on the whole this war was like other wars, but now even worse because the instruments of destruction were such that war was even more hideous than before at Agincourt or Blenheim, and that those soldiers who returned home were covered with scars and mutilations.

In light of the war in Ukraine, over the next few weeks we will consider different aspects of suffering and their relationship to the Cross of the Lord. Various texts by St. John Henry Newman, especially a series of meditations which he wrote for Good Friday, will help our reflection.

The history of Ukraine is one of great suffering. Many people are alive who remember the starvation of millions of family members under the collectivization of farms by Stalin and communist rule in the early 1930’s. The communist attempt to dominate people and deprive them of their religious and civic freedoms is repeated once again. The population of Ukraine (43 million) is in great majority Christian (63% Orthodox, 8% Catholic and 2% other Christians) and a very small minority Jewish and Muslim. The people of Ukraine are experiencing in the flesh the effects of sin and evil. (Many people in Russia are also suffering from this war imposed on it by its rulers).

God, our Creator and Father, created men and women in his likeness. He wishes that we live in peace as his children. During Lent we consider our sins which led his Son Jesus Christ to give his life for us.

In his first reflection for Good Friday, Newman puts before us the truth that Jesus Christ is the Lamb of God. He reminds us of the words of the prophet Isaiah of the innocent lamb who is sacrificed for the sins of men.

In chapter 53 we read: “He shall be led as a sheep to the slaughter, and shall be dumb as a lamb before his shearers” (v. 7); and all this because “He was wounded for our iniquities, He was bruised for our sins; … by His bruises we are healed” (v. 5).

Newman invites us to pray for the conversion of pagan nations and unbelievers.

“Behold, O Lord, but a portion of mankind has heard of Thy Name—but a portion even professes to adore Thee—and yet thousands upon thousands in the East and the West, in the North and the South, hour after hour, as each hour comes, are dropping away from this life into eternity.”

Newman’s prayer is in keeping with the petition of the Virgin Mary at Fatima in 1917 where she asked for prayers and sacrifices for the conversion of Russia. In her apparitions she asked for the consecration to her Immaculate Heart which Pope Pius XII, and later John Paul II, did.

These popes and others, as well as St. John Henry Newman, St. Josemaría Escrivá,  Padre Pio, Mother Teresa and other saints have taught us to pray with faith the holy rosary. God who is All Powerful and wishes peace, hears our petitions. Let us voice our prayer for peace in Ukraine going to the intercession of the Blessed Virgin Mary and St. Joseph. Let us ask family and friends to pray many rosaries and offer sacrifices for this intention. Like the three shepherds, we should pray to Our Lady of Fatima to crush the evil serpent that moves men to pursue unjust wars, and to obtain peace for her children.

Jesus Christ is the Lamb of God who takes away the sins of the world. In the words of St. Paul, Christ “is our peace” (Eph 2: 14). He alone can bring about the longed for peace. He asks us to be peacemakers, putting an end to war. Some days ago in a town or city of Ukraine the Blessed Sacrament was taken in procession through the streets while many people knelt along the way. Let us ask Christ, as these people did, to bring about peace in Ukraine, and think about ways of helping those who flee their homeland for safety. (Here you can read article about the way that laity, priests and religious in Ukraine and neighboring countries are doing to help those with urgent needs).