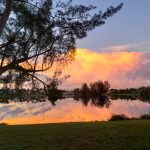 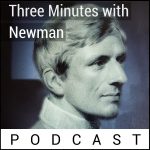 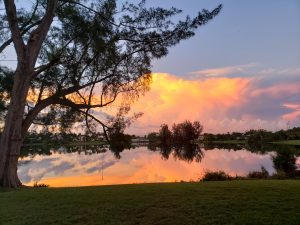 When do you speak to God? Do you make time for prayer to God? We often eat meals with families and friends, watch sports events or listen to concerts, spend time reading blogs and newspapers. Yet, we fail to make time for God.

In sermon titled “Times of Prayer” Blessed John Henry Newman teaches us, together with the saints, of our need to pray to our Father God. For example: St. Augustine explains the Lord’s Prayer to Proba, a wealthy woman. St. Teresa of Ávila explains that it is a trusting conversation with the One who loves us. The Curé of Ars learns from a parishioner that to pray is to look at Him. St. Thérèse of Lisieux tells us that it is a glance of the heart, a look towards heaven. And St. Josemaría Escrivá reminds us that prayer is personal –  about God and about you.

Prayer is a privilege but it is also a duty; it is not something optional like reading a novel or having a snack. Newman distinguishes between two types of prayer: “Public worship, indeed, from its very nature, requires places, times, and even set forms. But private prayer does not necessarily require set times, because we have no one to consult but ourselves, and we are always with ourselves; nor forms, for there is no one else whose thoughts are to keep pace with ours.”

Then he recounts examples of the prayers of Jesus, and of the saints in the bible, and reminds us of Jesus’ instruction: “when you pray, go into your room and shut the door and pray to your Father who is in secret; and your Father who sees in secret will reward you” (Mt 6:6).

Newman explains that “it is necessary to insist upon this duty of observing private prayer at stated times, because amid the cares and hurry of life men are very apt to neglect it: and it is a much more important duty than it is generally considered, even by those who perform it.” He suggests two reasons.

A first reason for private prayer is that it serves like impulses to the mind throughout the day, and by this means  God ‘instructs and engages us in whatever is our duty.’ Newman notes that we should pray throughout the day, but we need to set aside time, “to make leisure time” at least in the morning and evening to spend with God. Regarding prayer in the evening he writes:

“A like reason may be assigned for evening prayer, viz. as affording us a time of looking back on the day past, and summing up (as it were) that account, which, if we do not reckon, at least God has reckoned, and written down in that book which will be produced at the Judgment; a time of confessing sin, and of praying for forgiveness, of giving thanks for what we have done well, and for mercies received, of making good resolutions in reliance on the help of God, and of sealing up and setting sure the day past, at least as a stepping-stone of good for the morrow.” And furthermore, “ … stated times of prayer put us in that posture (as I may call it) in which we ought ever to be; they urge us forward in a heavenly direction, and then the stream carries us on.”

A second reason for times of private prayer is to move God, as surprising as this may seem. Newman goes as far as to state: “ ... if, when He designs our eternal salvation, we can yet annul our heavenly election, and accomplish our eternal destruction, much more have we the power to move Him (blessed be His name!) when He, the Searcher of hearts, discerns in us the mind of that Holy Spirit, which “maketh intercession for the saints according to His will.“

In sum, according to Newman, “Stated times of prayer, then, are necessary; first, as a means of making the mind sober, and the general temper more religious; secondly, as a means of exercising earnest faith, and thereby of receiving a more certain blessing in answer, than we should otherwise obtain.”

Private prayer requires regularity. People are often religious by fits and starts. The Devil tempts us to put this holy  habit aside. Many people fall into devotions which they take up for religion. When others “give up set private prayer in written forms, they have lost the chief rule of their hearts.”

Prayer is armour for the soul. Prayer is like the daily manna in the wilderness. When we leave it we gradually neglect observance of the Lord’s Day, and then other eternal laws.

Newman warns us against the Devil’s temptation to rob us of our defence – prayer – and sums up his sermon: “I have spoken of it here, in order to remind you how intimately it is connected with the neglect of set private prayer; whereas, he who is strict in the observance of prayer morning and evening, praying with his heart as well as his lips, can hardly go astray, for every morning and evening brings him a monitor to draw him back and restore him.”

Do you see, thus, why it is so important to make time for personal prayer? And are you willing to set some time for these daily conversations with God? If we desire to spend eternity with Him in heaven, then our time on earth is our chance to get to know Him. He will become a familiar friend, a companion while on earth, and our Love forever in heaven.