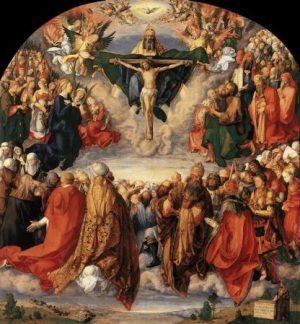 Today men hunger to know.  We feed on reports from investigative journalists on political secrets and celebrity scandals.  We are unsatisfied with mystery.  What dominated coverage of the recent massacre in Las Vegas?  The intent of the shooter.  People wanted to know why he would murder with such calculated cruelty.  The answer to this mystery and many others about God and his work, have not been revealed to us.  In “The Christian Mysteries,” Blessed John Henry Newman, in revealing why God has not given us all understanding, helps us to rest in what we know by faith. 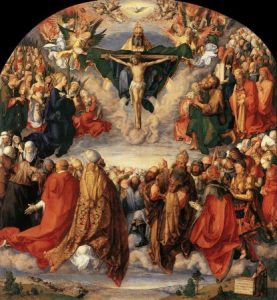 While the desire of the intellect to know is good, God has not given us knowledge of all things.  Even the understanding imparted by the Gospel does not remove the mysteries of the faith, and even heaps more mystery on man.  This is God’s design, for “the grace promised us is given, not that we may

know more, but that we may do better.”  How effortlessly man acquires knowledge, and how ready he is to avoid the heavy labor of living the truth: “And since men are apt to prize knowledge above holiness, [The Church is there] to warn us that the enlightening vouchsafed to us is not an understanding of ‘all mysteries and all knowledge,’ but that love or charity which is ‘the fulfilling of the Law.’”

The mysteries of the faith are many.  There is the mystery so often used as an objection to Christianity called the problem of pain.  Why is there pain and suffering in the world, especially if God is good?  There is the mystery of why others must suffer so that we may be saved.  For example, in the Old Testament, why did animals need to be sacrificed for the atonement of sin?  And in the New Testament, why did Christ need to suffer and die – could he atone for our sin in no other way?  And why are we favored above others, whether in physical abilities, social position, wealth, education, or even spiritual gifts?  About these mysteries and others Newman says we do not understand them, “because to know [them] is nothing to us; it would not make us better men to know [why].”

Far from removing mysteries, revelation seems to multiply them, according to Newman.  “For instance, how infinitely important and blessed is the news of eternal happiness? but we learn in connexion with this joyful truth, that there is a state of endless misery too. Now, how great a mystery is this!”  While revealed truths do not directly create more mysteries, revelation acts upon our intellect as the Sun acts upon the earth,

“…for [mysteries] are as shadows brought out by the Sun of Truth.  When you knew nothing of revealed light, you knew not revealed darkness. Religious truth requires you should be told something, your own imperfect nature prevents your knowing all; and to know something, and not all,—partial knowledge,—must of course perplex; doctrines imperfectly revealed must be mysterious.”

Though they remain mysteries to us, their purpose is clear.  Newman explains that they serve to prove

the reality of our faith and to separate sincere believers from insincere ones.  In the sixth chapter of John, our Lord tells his followers that they must eat his flesh and drink his blood or they have no part in Him.  At this saying, many of them walked away and no longer followed Him.  Jesus even turned to his own disciples and asked if they too would leave.  At another point, He thanks the Father who “…hast hid these things from the wise and prudent (those who trust reason rather than Scripture and conscience), and hast revealed them unto babes (those who humbly walk by faith).”

Our loving Father leads us by these mysteries, as if to say, “I will give you only what you need.  Do not be too proud to accept Truth, nor too fainthearted to act upon it.  You need only follow.”  No one has approached our Lord by mastery of knowledge, but only by humble obedience.  If we allow the mysteries of the faith to humble us, then they will also draw us; and then, even through shadows, Christ will bring us His light.