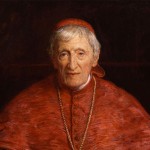 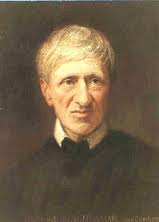 There is a scholastic axiom “nihil volitum nisi precognitum” (nothing is loved if it not first known). This applies to the life and work of John Henry Newman. It is debatable whether Catholics know about Cardinal John Henry Newman, but it is sure that average Catholics know almost nothing about him. They have probably heard his name but that is about it. And those who have heard his name confuse him with St. John Newman, third bishop of Philadelphia. They do not know, or for that matter Catholic university students, that the university Newman Centers are named after him.

Catholics do not know that he is one of the most distinguished writers of 19th century English prose and most prolific Catholic authors of that same century. They also do not know about his effect on the Church of England or his conversion from Anglicanism, and the powerful influence he had on countless converts to Catholicism.

There are probably a number of reasons for this general ignorance about Newman. Here I only wish to venture the most obvious ones. People in general, Catholics included, do not read a lot of books; instead they watch television or movies and read news articles. Newman’s English flows in elegant and articulate sentences with rich and nuanced vocabulary. Unaccustomed readers are easily turned off after reading a few lines or are unable to comprehend them. Furthermore, given his depth of historical knowledge, Newman’s writings refer to historical events, peoples and ideas; without some knowledge of these the reader finds himself at a loss. As for the Church going Catholic, he will rarely hear about Newman because pastors know little about him and thus will not explain what he taught and quote from his works.

On this feast day of Blessed Newman, I wish to enumerate a few ways in which Christians can learn about him and come to admire and love him. The writing and promotion of short biographies of Cardinal Newman will make him more accessible to people. My biography Passion for Truth, the Life of John Henry Newman is an attempt to fill this gap. Short articles in journals and websites will also foster interest and awareness of his life and contribution. These types of articles have become more common in the last decades. Conferences on Newman and his thought such as those sponsored by the Newman Studies Institute will continue to help Newman scholars in their research. The participants in these meetings will need to continue to find creative ways to teach people in general about Newman. To this effect there should be many more talks and seminars in parishes and diocesan centers on Newman’s life and ideas.

There are two other measures that will bring Newman to a much larger number of Catholics. The first, which applies to the United States, is for university Newman Centers to develop and put into effect a comprehensive study plan on Newman’s contributions to doctrine and spirituality, and to foster devotion to him. The second refers to the liturgical celebration of Newman’s memorial in the dioceses of English speaking countries. A petition to the Holy See of one or more conferences of bishops from English speaking dioceses to include the memorial of Blessed John Henry Newman as an optional memorial in their liturgical calendars would most likely be well received and result in the liturgical observance of this memorial. In consequence, the faithful would hear about Blessed Newman and many would wish to learn about him.

The evangelization of our country, and the world at large, requires teachers who have engaged modern man and who, understanding his condition, have provided compelling answers; and who are, in the words of St. John Paul II, “experts on humanity, heralds of the Gospel.” Newman was such, and if we learn more about him and teach others about him we will greatly contribute to spreading the kingdom of God.

Blessed Cardinal Newman, pray for us, that we may be faithful and passionate heralds of the Gospel!